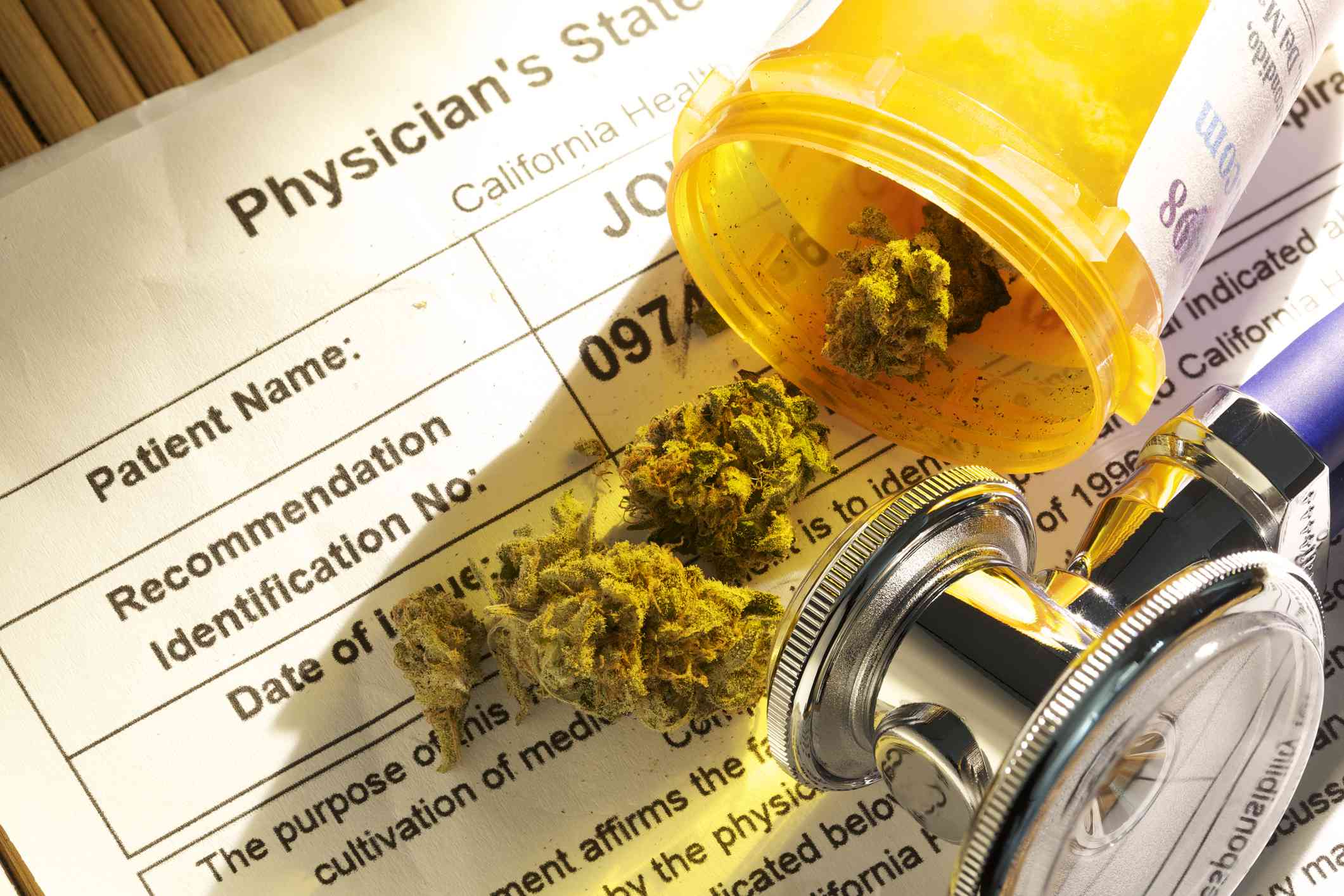 The FDA has, however, approved Marinol (in 1985), Cesamet (in 2006), and more recently, Syndros (in 2016). All three contain a synthetic form of THC. In 2018, the FDA approved Epidiolex, a CBD oral solution for treating seizures associated with two forms of epilepsy. Although these drugs are not the same thing as cannabis, they can be prescribed just like any other FDA-approved medication, and do tend to be covered by health insurance plans.

Even if the U.S. were to change marijuana to a schedule II or III drug—thereby allowing its prescription and decriminalizing its medical use across the country—your health insurance company probably still wouldn’t pay for your medical marijuana. Likewise, if congressional action were to remove marijuana from the list of controlled substances altogether, your health plan probably still wouldn’t pick up the tab for your Alice B. Toklas brownies even if your healthcare provider recommended them.

Even though medical marijuana has most likely been legalized in the state where you live, it’s still classified by the federal government as a schedule I controlled substance as defined by the Controlled Substances Act. Schedule I drugs have "no currently accepted medical use," according to the Drug Enforcement Administration (DEA), and it’s still illegal to use marijuana in terms of federal law

In addition to health plan illegal acts exclusion clauses, another issue arises due to marijuana’s Schedule I designation. Schedule I controlled substances can’t be prescribed by healthcare providers the way other medications are.

Even if marijuana were to be reclassified to a lower schedule or congressional action removed it from the list of controlled substances altogether, that wouldn’t be like waving a magic wand. Your health plan wouldn’t magically start paying for your medical marijuana a month or two later. Instead, it would be the beginning of a long, slow, process.

Healthcare providers who prescribe controlled substances must be registered with the Drug Enforcement Administration and have a DEA number. Prescribing a Schedule I drug, even in a state where medical marijuana has been legalized, would place a healthcare provider at risk of having his or her DEA registration revoked. Even if medical marijuana has been legalized in your state, as long as it’s considered a Schedule I drug by the federal government, prescribing it would put your healthcare provider at risk of losing his or her ability to prescribe even simple controlled substances like sleeping pills and cough syrup with codeine.

”While it might make sense for health insurance companies to cover the cost of medical marijuana, that is not the case. To date, this medication is not covered by any health insurance companies,” the article explains, adding that even though there is a growing body of evidence that supports the medical benefits of cannabis, it is still classified as a Schedule 1 Controlled Substance under the federal government.

The article ”Does Health Insurance Cover CBD Oil?” offers similar advice. As patients who use CBD oil for health issues are finding out first-hand, health insurance plans will not cover the oil. Like medical marijuana, CBD oil is considered a Schedule 1 controlled substance, and it is also not approved for use by the Food and Drug Administration.

In the first article, titled ”Will Health Insurance Pay for Medical Marijuana?” it notes that since medical marijuana is used to treat medical conditions, many people understandably assume that their health insurance provider will cover the cost.

LOS ANGELES, CA / ACCESSWIRE / January 10, 2019 / The founders of SelfHealthInsurance.com, a health insurance quote website, are pleased to announce that they have just released two new articles to their website that discuss a current and important topic: health insurance options for medical marijuana.

As a company spokesperson noted, the founders understand that as more people have obtained medical marijuana cards, there has been an increase in questions about health insurance options. This inspired them to research, write and post the two new articles that discuss if and when health insurance will pay for this treatment option.

Fortunately, the article notes, people who have learned that CBD oil may benefit them for medical reasons have a few options.

”One option is to purchase CBD oil from a dispensary and pay for the cost out of your own pocket. Another option is to use another medication that offers the same benefits as CBD oil but has been approved by the FDA,” the article notes.