Cannabinoids are the derivatives of the cannabis plant, the most potent bioactive component of which is tetrahydrocannabinol (THC). The most commonly used drugs containing cannabinoids are marijuana, hashish, and hashish oil. These compounds exert their effects via interaction with the cannabinoid receptors CB1 and CB2. Type 1 receptors (CB1) are localised mostly in the central nervous system and in the adipose tissue and many visceral organs, including most endocrine organs. Type 2 cannabinoid receptors (CB2) are positioned in the peripheral nervous system (peripheral nerve endings) and on the surface of the immune system cells. Recently, more and more attention has been paid to the role that endogenous ligands play for these receptors, as well as to the role of the receptors themselves. So far, endogenous cannabinoids have been confirmed to participate in the regulation of food intake and energy homeostasis of the body, and have a significant impact on the endocrine system, including the activity of the pituitary gland, adrenal cortex, thyroid gland, pancreas, and gonads. Interrelations between the endocannabinoid system and the activity of the endocrine system may be a therapeutic target for a number of drugs that have been proved effective in the treatment of infertility, obesity, diabetes, and even prevention of diseases associated with the cardiovascular system. 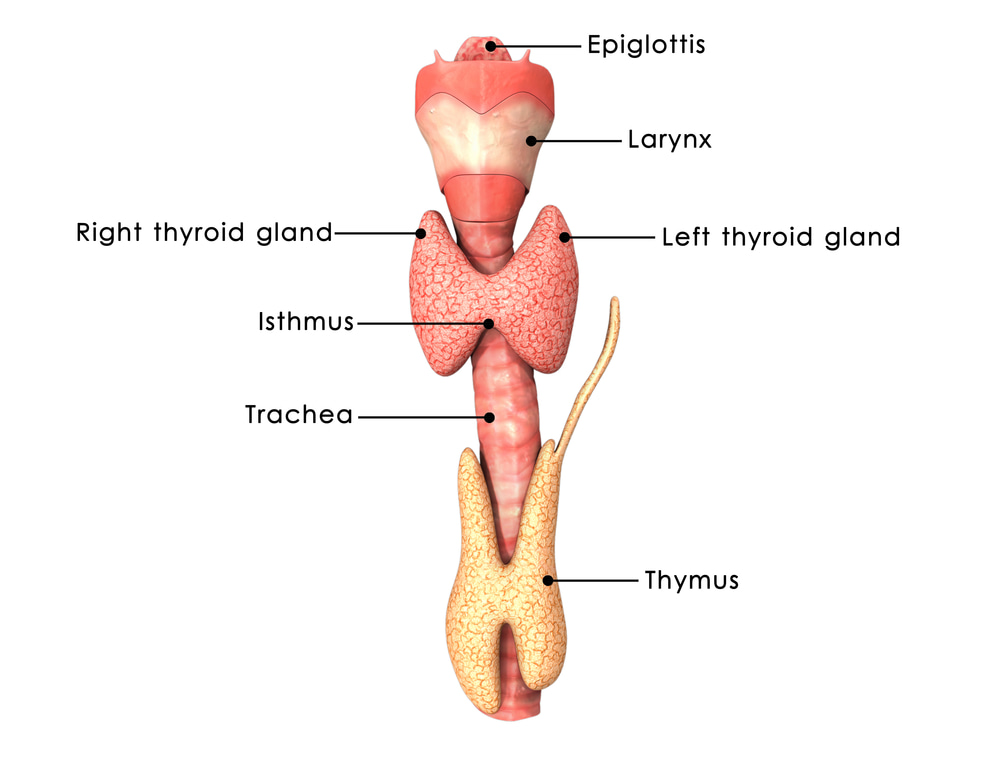 This is different compared to the isolated chemical pathways that prescription medications manipulate. And products like CBD oil present far fewer side effects than most prescription-strength drugs.

The three most common thyroid conditions are nodules, hypothyroidism, and hyperthyroidism. The causes of thyroid disorders are largely unknown. Researchers believe that autoimmune conditions, stress, high cholesterol, and smoking can be factors.

Untreated hypothyroidism in pregnant women can lead to a litany of issues. These issues include miscarriage, preterm delivery, and growth/developmental problems.

The thyroid is an important endocrine gland that wraps around the front of the trachea at the base of the neck. It secretes a variety of hormones that regulate systems throughout the body. A healthy thyroid gland ensures good heart, bone, and muscle function.

If you’re wondering why so many folks are talking about CBD for thyroid disorders and not THC, you’re not alone. Simply put, the overwhelming interest stems from the fact that CBD is non-psychoactive.

The Prevalence of Thyroid Disorder in the U.S.

The thyroid is an endocrine gland that releases hormones to control dozens of different internal processes. Thyroid activity influences metabolism, growth, brain development (especially during infancy), body temperature, heart and muscle functioning, and a variety of other processes. The gland releases various collective hormones (such as thyroxine, or T4) called thyroid hormones.

CBD oils are also easily ingested and are efficiently absorbed into the body when placed under the tongue and held for 90 seconds.